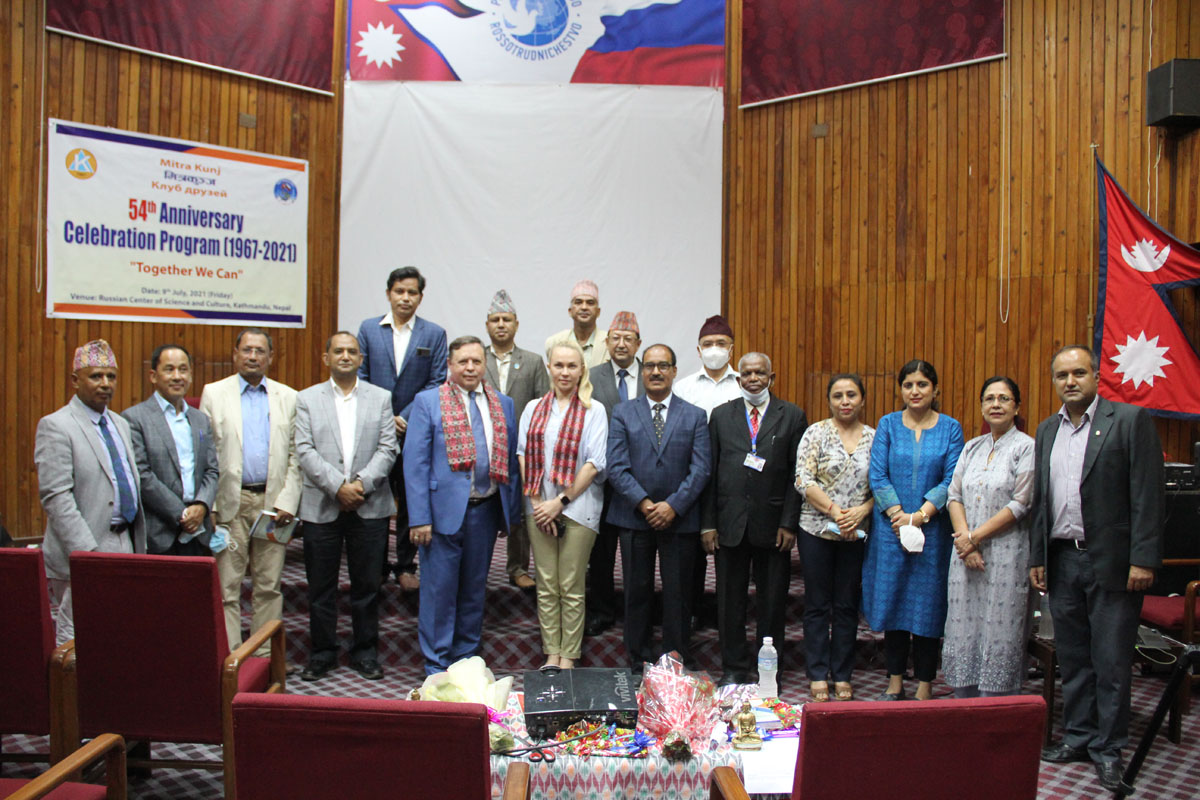 Today, on the Occasion of 54th Anniversary of the Mitra Kunj an association of alumni from Institutions and Universities of former Soviet Union, which has more than 8000 people in Nepal, a solemn meeting dedicated to the event was organized in the conference hall of the Russian House in Kathmandu.  The Representatives of the alumni associations from Bangladesh, Lebanon, India, Mongolia and other countries, expressed their gratification and congratulation on the event.

The meeting was attended by representatives of the Russian Society for Friendship and Cooperation, INCORVUZ, RUDN University and other distinguished guests via Zoom Conference. The successes and activity of the members of the Mitra Kunj association was also acknowledged in the meeting.

The Minister - Counselor Viktor Viktorovich Evseev from the Embassy of Russian Federation in Nepal and Yulia Androsova, Director of the Russian House in Kathmandu also gave a speech and congratulated the Members of the Association.

The meeting was also joined by the chairmen of the branches of the association from different regions of Nepal and Nepalese alumni from the USA, Canada and other countries. 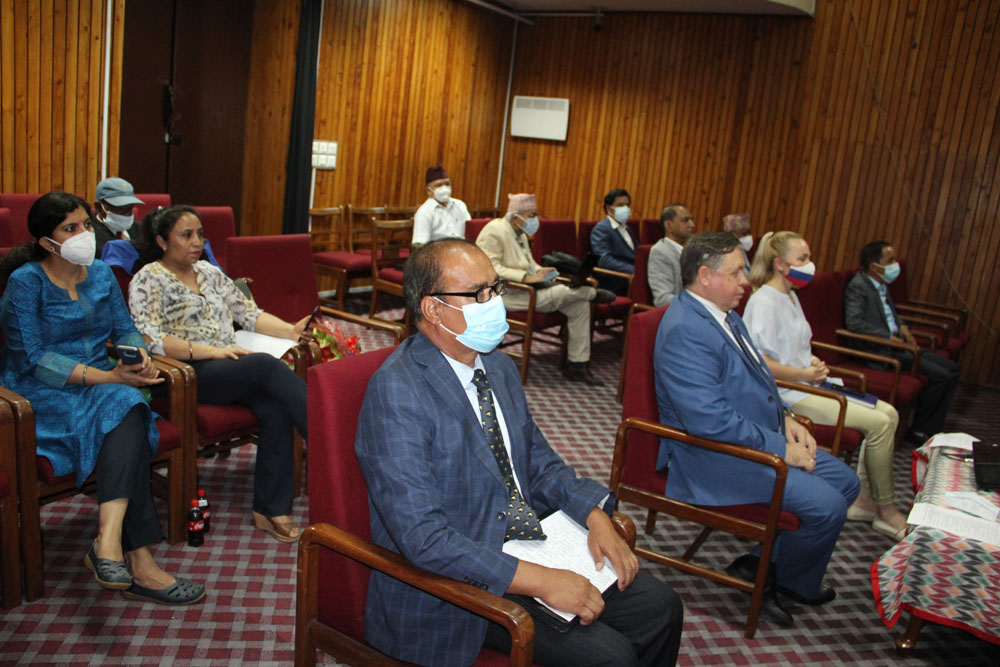 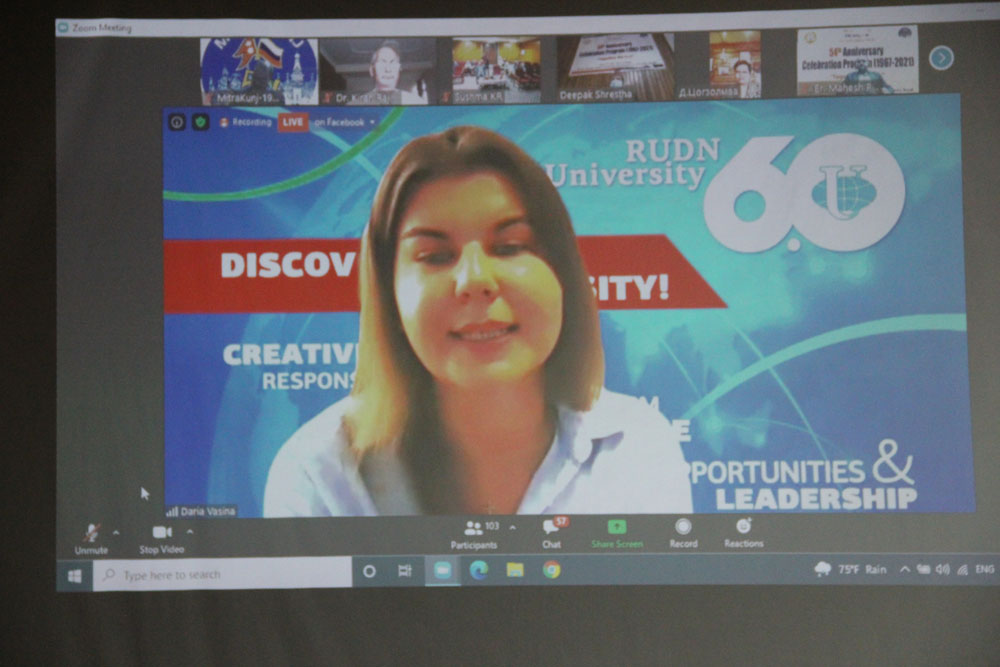 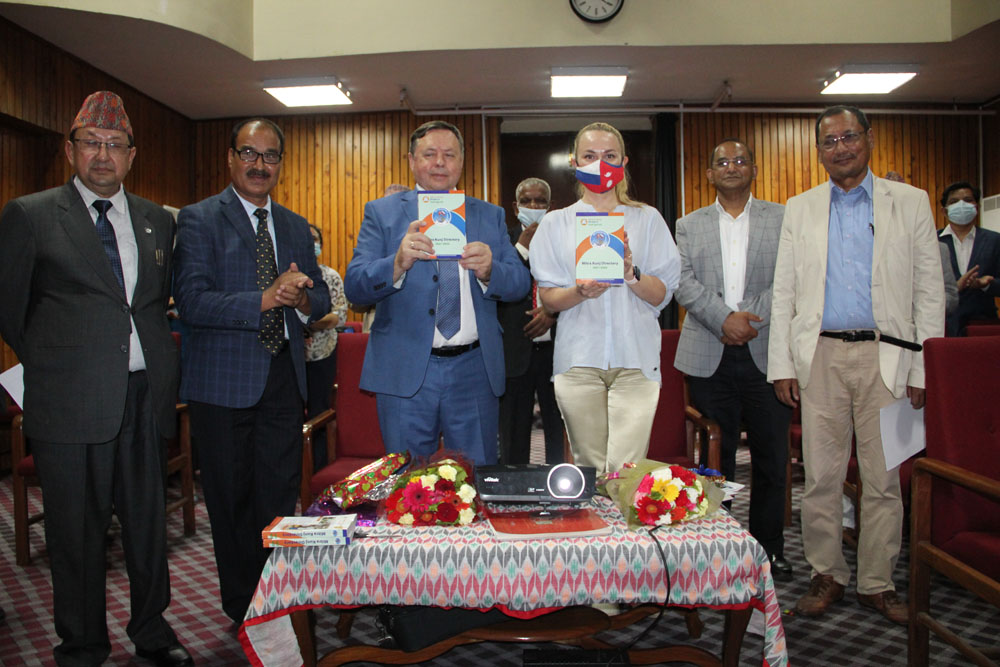