About the solemn event on the occasion of the renaming of the Nepalese school. 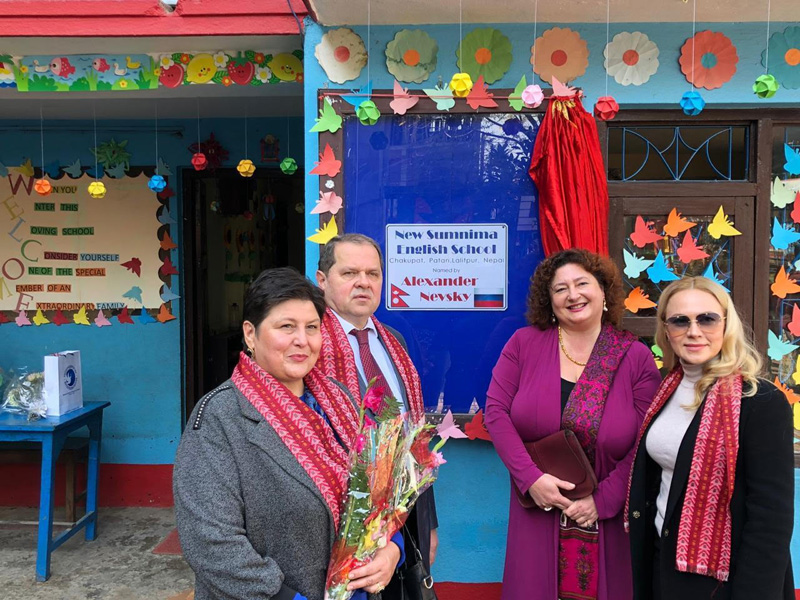 As part of the events of the Russian Embassy in Nepal, dedicated to the announcement of 2021 in Russia as the Year of Alexander Nevsky (in connection with the 800th anniversary of his birth), on December 22, Representatives of the Russian Embassy in Nepal and Russian Centre of Science and Culture (RCSC) took part in the solemn ceremony of awarding the school “New Sumnima English School” (Kathmandu) named after Alexander Nevsky.

At the event, the Russian Ambassador to Nepal, A. A. Novikov, the Director of RCSC, Ms. Yulia Androsova made welcoming speeches. Mr. Rabin Muni Bajracharya delivered his speech on behalf of “New Sumnima English School”.

The wife of the Russian Ambassador A. B. Novikov in her speech spoke in detail about the personality and fate of Prince A. Nevsky, paying special attention to his outstanding role in the history of our country.

Alexander Nevsky (1221-1263) occupies a key place in the history of Russia. In the most difficult period of our history, when the vast territories of Russia were ravaged by the army of Batu Khan, Alexander Yaroslavich led the Russian army and defended North-Western Russia from the capture of the Swedes and Germans. He understood more than anyone else that the strength of the country lies, first of all, in its unity.

An important event was the battle of the Neva River on July 15, 1240, when the superior forces of the Swedes were defeated. For this victory, the Prince received the honorary nickname “Nevsky”.

Alexander Nevsky showed the talent of a commander (he never lost a single battle in his life) and a diplomat (he made peace with the Golden Horde), defending Orthodoxy and repelling the expansion of both the Catholic West and the Mongol-Tatars.

Nepalese people heard about all this and much more for the first time. 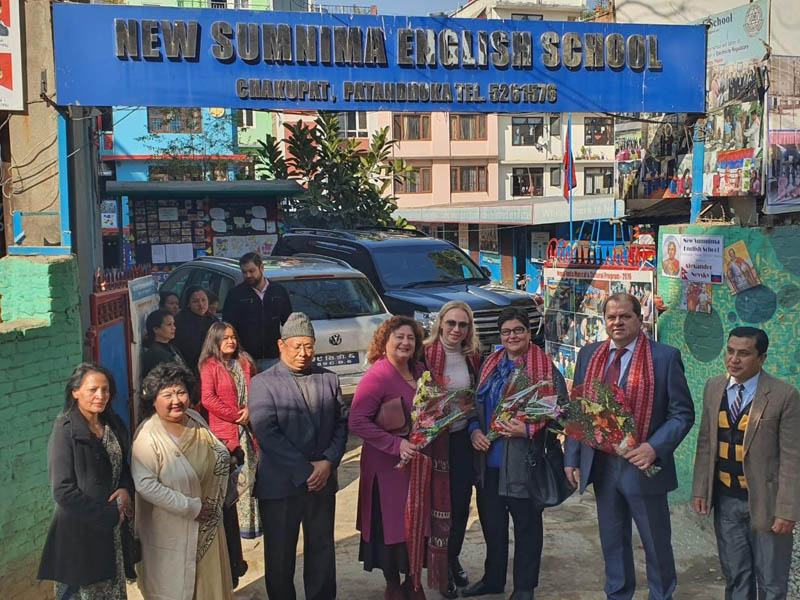 During the conversation, the Director of the school at the Russian Embassy in Nepal, L. P. Marokova, and the Director of the Nepalese school, R. M. Bajracharya, agreed to hold joint cultural events, including cross-cultural history lessons, and discussed plans to increase cooperation next year. In addition, an agreement was reached on the organization of Russian language teaching in the relevant courses, which will begin at the Alexander Nevsky School starting from April 15, 2021(beginning of the school year in Nepal).

The school also received educational materials on the study of the Russian language (textbooks, phrasebooks, dictionaries).

Director of RCSC, Ms. Yulia Androsova expressed support for these agreements, promised to keep them under the control of the Cultural center and provide the necessary assistance. 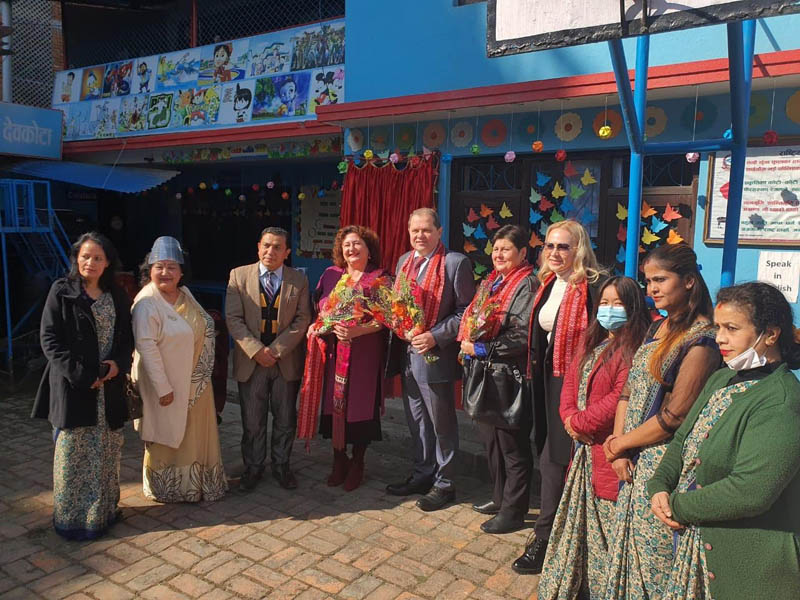 In the future, it is also planned to create a Board of Trustees at the school, which, in addition to providing competent assistance to the educational institution, will exercise professional control over the learning process, select the most talented students and recommend them for possible admission to Russian Universities.

The new school name was the first step towards creating opportunities for Nepalese children to learn the full Russian language.