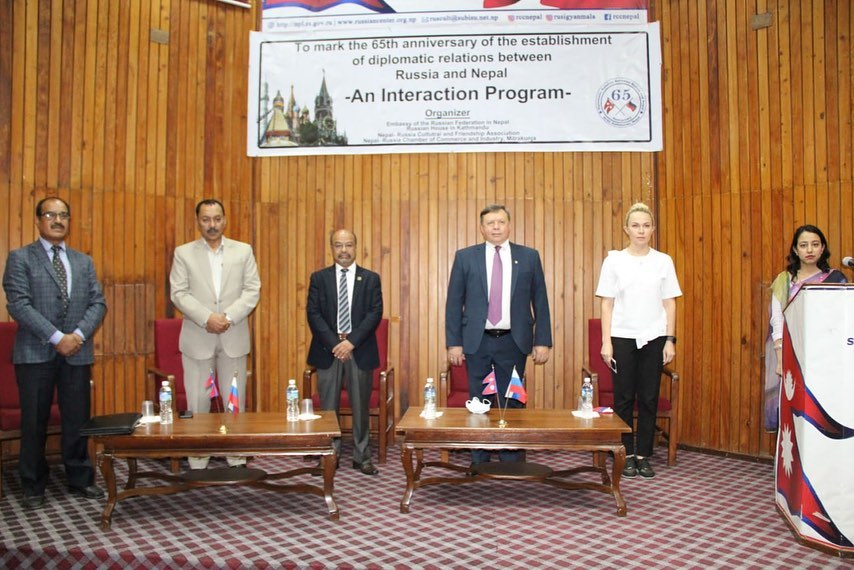 On the occasion of 65th Anniversary of the establishment of diplomatic relations between Nepal and Russia, Russian House in Kathmandu along with its Partner organization Nepal – Russia Friendship & Cultural Association organized a small program despite the Covid19 pandemic with limited people. 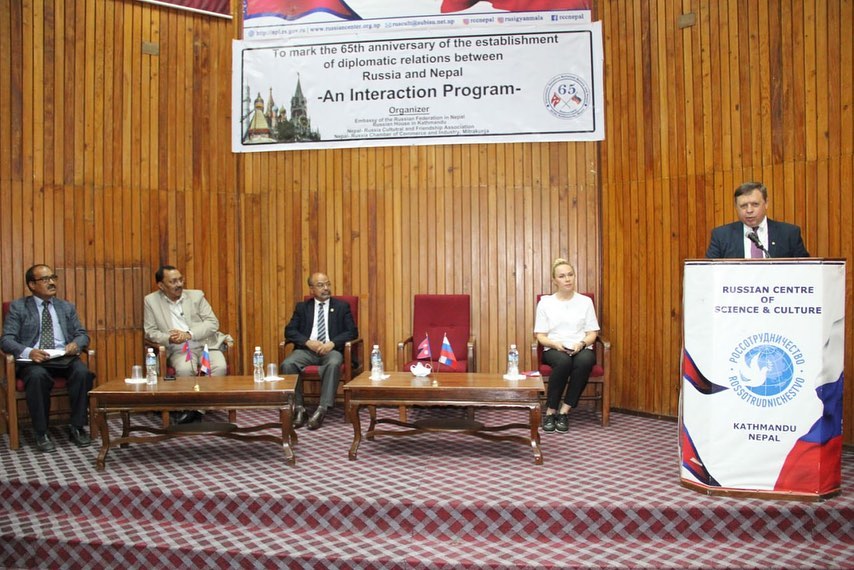 Mr. Viktor Viktorovich Evseyev, the Minister Councilor of the Embassy of The Russian Federation was invited as the Guest of Honor. In the program, Mr. Ashok Prakash Pradhan, Executive Member of Nepal – Russia friendship association announced the message of felicitation presented by the Ministry of Foreign Affairs. Then, Mr. Viktor Viktorovich Evseyev also gave a congratulatory speech on the occasion which was then followed by the Director of Russian House in Kathmandu Ms. Iuliia Androsova. Mr. Naresh Shrestha, the President of Nepal- Russia chamber of commerce spoke about business, tourism and also expressed his thoughts on how high level delegation should be exchanged between the two countries. Mr. Dhruba Maharjan, the President of Mitrakunj, also expressed his views by thanking the Russian Government and the then Soviet Union for their outstanding contribution to Nepal on the field of educational development as well as their other contributions to Nepal. 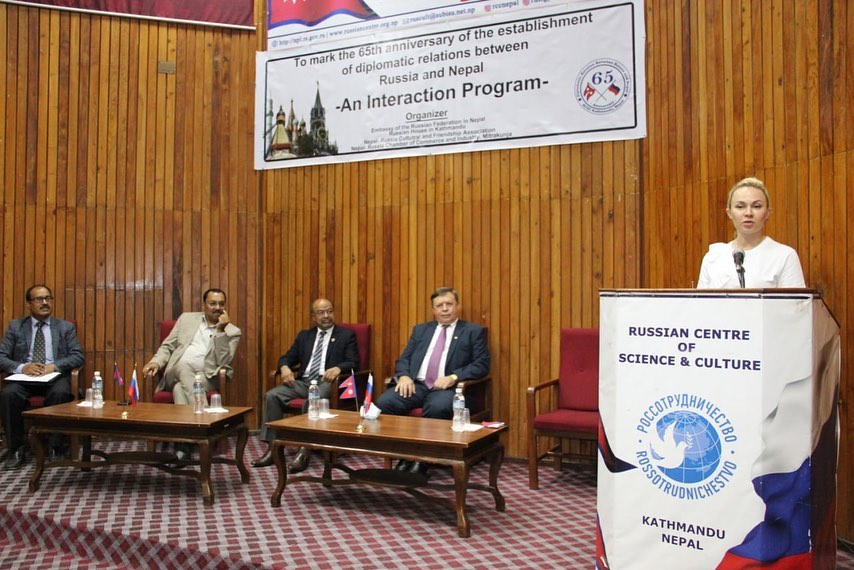 Lastly, the General Secretary of Nepal – Russia Friendship & Cultural Association Mr. Swaraj Shakya concluded the program by presenting a gift and a bouquet to the Guest of Honor, The Director and other distinguished guests along with the Thank you speech. The program was finally concluded with a group photo followed by an Informal meeting and Tea Party among the guests. 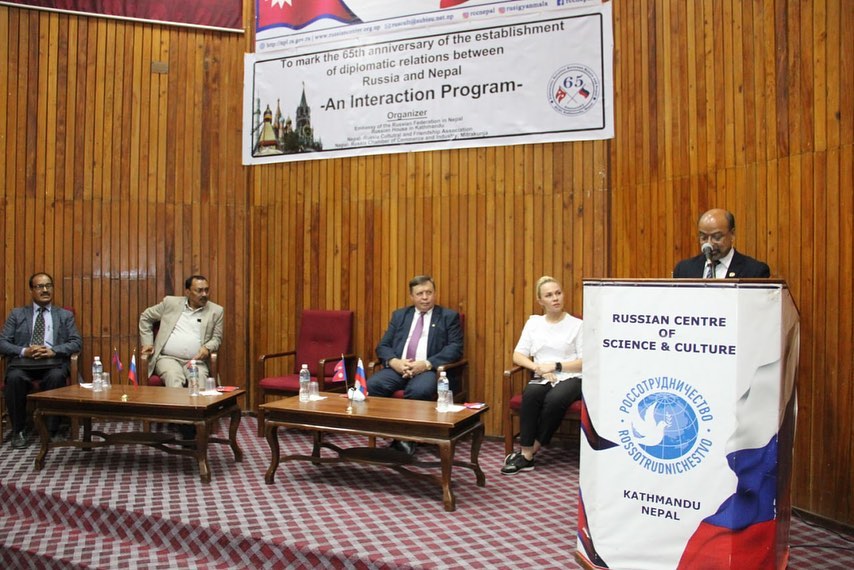 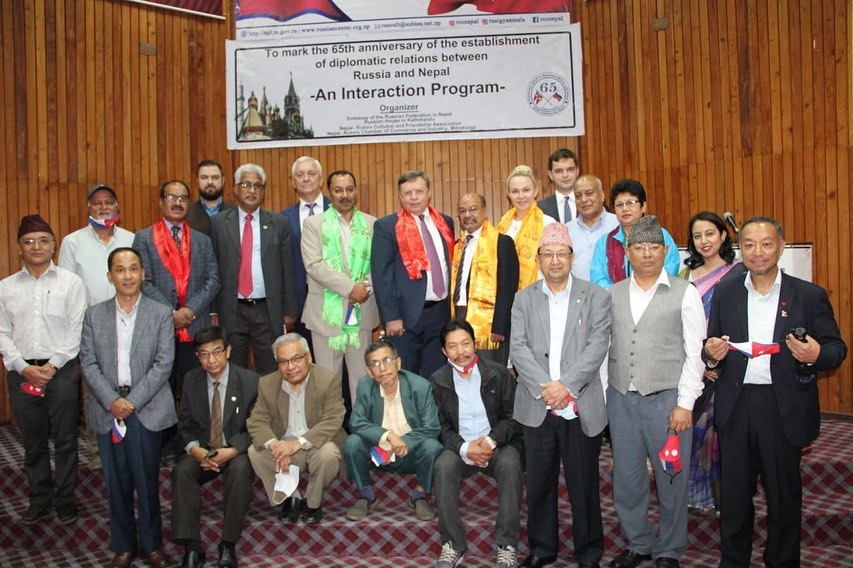