On February 8, 2021,  Russian Centre of  Science and Culture, in cooperation with the partner organization “Mitra Kunj” (Association of Graduates of Soviet and Russian Universities), held a program dedicated to the 61st Anniversary of the RUDN (Peoples ' Friendship University of Russia) and the Day of Russian Science.

At the beginning of the evening, in honor of the birthday of the Great Russian scientist, the guests laid sacred flowers at the bust of D. I. Mendeleev, which is located on the territory of the RCSC.

Among the guests of the event were many graduates of Soviet and Russian universities, especially from RUDN University.

The official part of the program began with the traditional lighting of a Nepalese lamp by the main guest, Dr. Som Nath Aryal, President of the Nepal Alumni Association of RUDN University.

Then the President of Mitra Kunj, Dhurba Maharjan in his welcoming speech wished all the best to all the participants and stressed that Mitra Kunj constantly organizes various programs dedicated to important events, memorable dates of Russia and Nepal. He also thanked Russian Centre of Science and Culture for its great support in organizing these programs and expressed the wish for further cooperation. 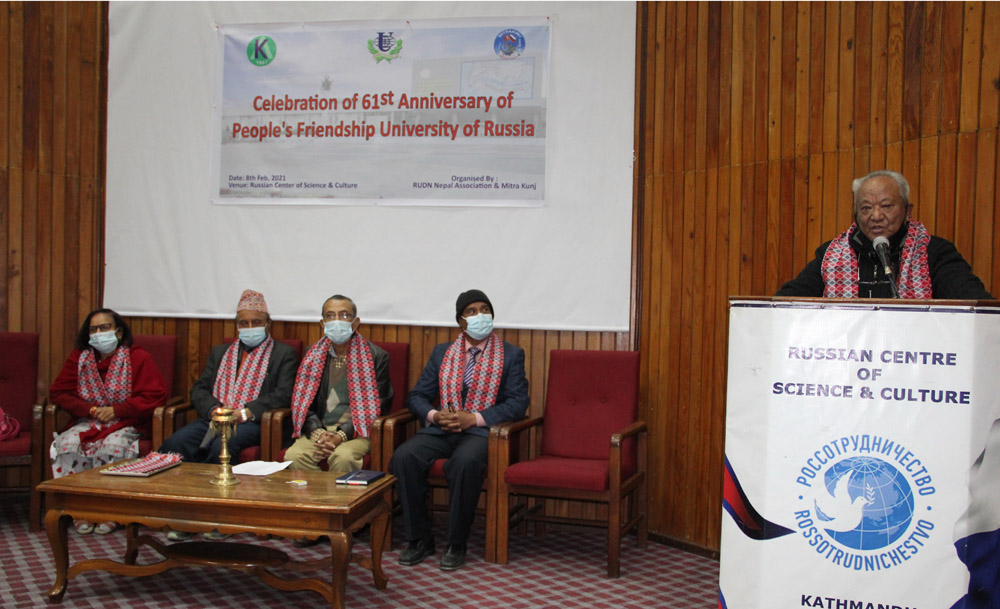 Dr. Som Nath Aryal, President of the Nepal Alumni Association of RUDN University, as well as the main guest - Arjun Bahadur Thapa, ex-secretary of SAARC and others present congratulated each other on the occasion of the holiday and remembered happy moments during their studies in Russia.

The participants also noted that the Soviet Union and Russia provide a unique opportunity for a huge number of Nepalese to get a quality education for free.

The evening ended with traditional Nepali treats and informal communication.