On Saturday, November 30, the next country conference of the Association of Russian Compatriots in Nepal (ARCN) was held at the RCSC in Kathmandu.

The event was held in the format of a round table. The conference began with a welcoming speech by the Ambassador Extraordinary and Plenipotentiary of the Russian Federation to Nepal, H. E. A. A. Novikov, and an address from the Director of the RCSC, Yulia Androsova to compatriots. 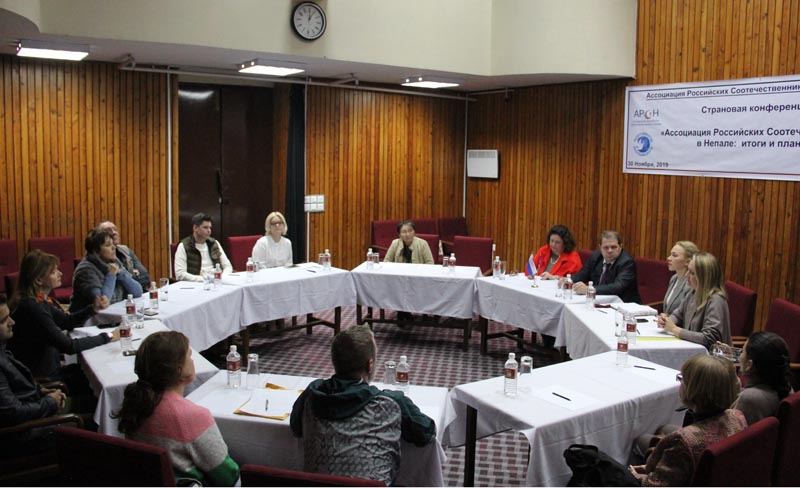 The conference summed up the results of the current year, a report on the visit and speech of the President of the ARCN, Natalia Oli at the world thematic conference which was held on October 30-31 in Moscow.

Particular attention during the discussion of the Association’s plans for next year was paid to the celebration of the 75th Anniversary of Victory in the Great Patriotic War. At the moment, set of events are scheduled for May 9, including the procession of the “Immortal Regiment” along the streets of Kathmandu. 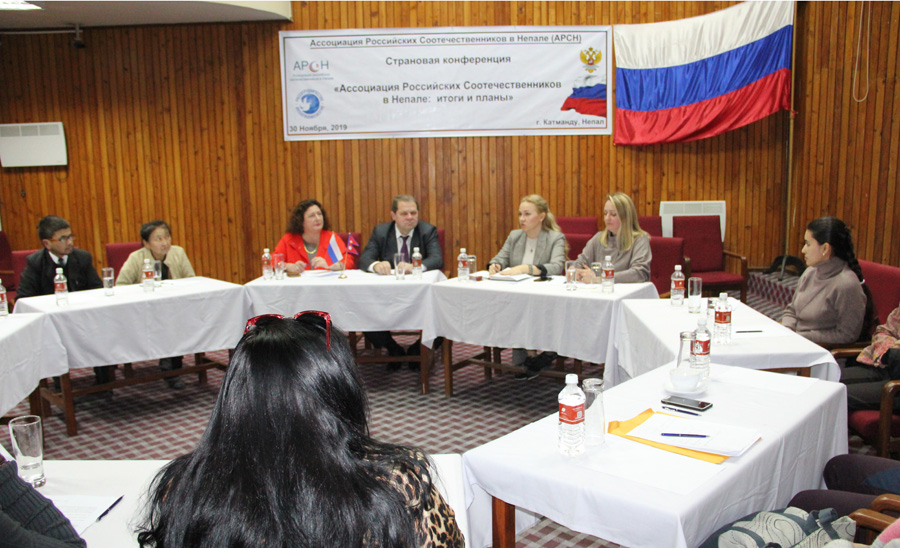 At the same time, a presentation was shown with photographs of various events organized and conducted this year by compatriots together with the RCSC and the Embassy of the Russian Federation in Nepal. 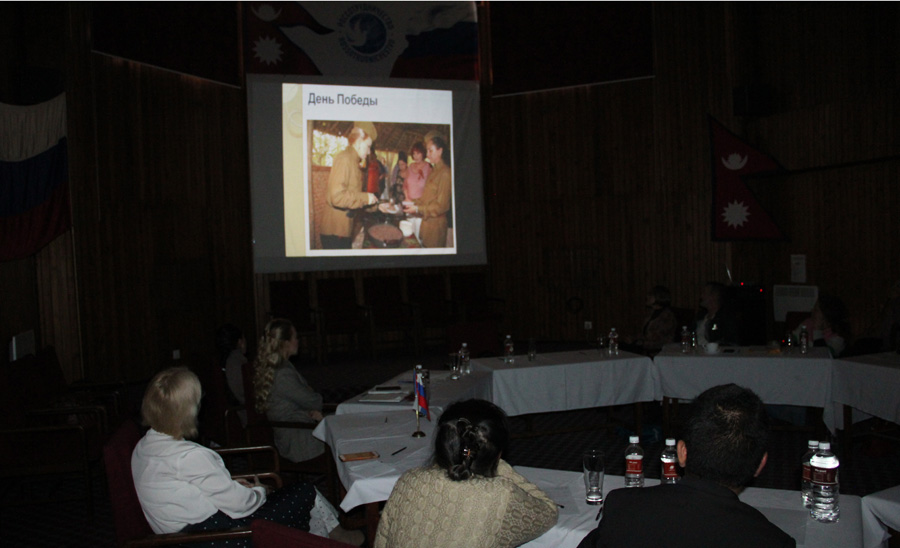